{ This is from ecowatch.com: }

{ –Renewable energy may currently make up only a small percentage of U.S. energy generation capacity, but it’s one of the fastest growing sectors. – Renewable energy generation—primarily wind and solar power—provided more than 40 percent of the new energy capacity in the U.S. in the first three quarters of this year, according to the latest U.S. Federation Energy Regulation Commission (FERC) Energy Infrastructure Update. Oil, nuclear and especially coal provided little new capacity, with renewables outstripping them more than 35 times. Only natural gas, driven by the growth of fracking, showed more growth, and many industry observers think its growth potential is finite. – The new installed capacity of natural gas declined compared to the first three quarters of 2013, from 6,643 megawatt (MW) to 5,153. Wind was the big winner, upping its installed capacity from 965 MW to 1,614 in that period. In September, new wind capacity led the way with 367 MW, followed by natural gas with 114. Coal showed no increase in existing capacity so far this year. Overall, new capacity from all forms of energy declined from 11,452 in the first three quarters of last year to 8,860 this year. – Among FERC’s project updates is that Kern County, California’s Techachapi Wind Energy Storage project is now up and running. The South California Edison Project, FERC says, “consists of an 8 MW-four-hour (32 MWh) lithium-ion battery and a smart inverter system, [and] will help store energy from the existing 5,000 wind turbines and any future additions in the Techachapi Wind Resource Area. Housed inside a 6,300 square foot facility, it is the largest battery energy storage in North America.” Such projects bode well for the continued growth of wind power. – Natural gas still leads overall energy generation capacity in the U.S. by a long shot. It currently provides more than 42 percent of the total. But fracked natural gas and oil production is expected to fall off sharply, as extraction companies hit the most productive “sweet spots” first and then move on to areas with less accessible oil and gas that’s more expensive to reach. – Despite its precipitous decline, coal hangs onto the second place spot for now, generating more than 28 percent of U.S. installed capacity. Nuclear comes in next with 9.3 percent, followed by water at 8.4 percent and wind at 5.3 percent. All other forms of energy generation capacity are far behind. Solar currently provides less than one percent. But PV Magazine, which serves the photovoltaic industry, points out that FERC’s figures only include utility-scale solar, leaving out residential and business installations, which it says are among the fastest growing sources of renewable energy. – “The steady and rapid growth of renewable energy is unlikely to abate as prices continue to drop and the technologies continue to improve,” said Ken Bossong, executive director of  the nonprofit research group the SUN DAY Campaign. “The era of coal, oil and nuclear is drawing to a close; the age of renewable energy is now upon us.” –  —djo— }

{ We’ve been doing this because we believe the CBC may be more honest and more respectable than Media in the U.S.A., & not a lot of people in the U.S. may know that or have access to anyone who might point them toward the CBC & their web site. }

{ & again, these are not links. If you want to read these stories, listen to sound clips, or see any video -if there is any video- go to CBC dot CA/news.— & You can also find a link to the web cast of the most recent broadcast of “The National” the CBC’s ‘flagship nightly newscast’ under the “Must Watch” heading on their main page. — Thanks. — & Jim W convinced me to take credit for this, above.  ———djo——— }

{ -Followed the link above to this: * – “This is embarrassing. – Canada is dead last among industrialized nations in a new climate change performance index. – “Canada still shows no intention on moving forward with climate policy and therefore remains the worst performer of all industrialized countries,” says the report released by Germanwatch, a sustainable development advocacy group. – The index takes into account a variety of indicators related to greenhouse gas emissions, development of emissions, climate policy, renewable energy and energy efficiency. – Canada particularly stands out when comparing its low scores on emissions, renewable energy investments and climate policies.

– “This shouldn’t come as much surprise to Canadians. – Back in June, when U.S. Environmental Protection Agency announced plans for historic reductions in carbon emissions, Stephen Harper reversed his long-standing wait-and-see what the Americans do position on emissions, shifting to a new line that he had actually solved the problem two years ago. – That, of course, isn’t true. Earlier this month, an audit conducted by the Commissioner of the Environment and Sustainable Development found the federal government’s policies to reduce emissions has only gotten us 7% of the way to meeting Canada’s Copenhagen Accord targets. – On the other hand, we’re dealing with a government that believes increased fossil fuel use has a correlation with improved air and water quality.” – * —djo— }

{   “Anyone who would give up a little liberty for a little security will deserve neither and lose both.” —Benjamin Franklin   }

{ “Any politician, police, military, or would be authoritarian of any stripe, who would capitalize on an event like yesterday’s in Ottawa: clearly does not deserve any respect at all, let alone the authority they demand.” — douglas j otterson }

{ Here’s a quote for you, not about yesterday and Ottawa but the philosophy applies: “The critical studies about #Ferguson in a decade will be fascinating. Because we are building this plane as we fly.” —deray mckesson }

{ & Below this begins our usual CBC News Headlines }

Live Coverage of Cpl. Nathan Cirillo’s funeral  { * This is a little too intrusive for me There’s a photo of two men in uniform comforting a woman who looks like she can barely stand up and isn’t trying to hold back her tears. * —djo—  }

-Updated- ‘I am sorry,’ Mountie killer Justin Bouque tells court   { * – Questions I would ask him: “Are you being treated with any psychiatric drugs?” – “Have you ever been bullied by anyone, in your home, at school, on the street?” – “Is anyone in your family connected with the military?” – “Is anyone in your family connected with any police department?” – “Have you ever been bullied by police or military personnel?” – “Do you often feel like you’re powerless, at the mercy of mean spirited authority figures?” – “Do you often feel like your life is not real, that you are dreaming and none of this makes any sense?” – “Have you ever been hypnotized?” – & Then I would want to have him hypnotized by someone I could trust, and questioned in a room with a two-way mirror (which could be hidden behind a curtain which would be drawn open after he was ‘under’) and all kinds of interested parties would be in a sound proof room on the other side of that mirror while he is being probed to see if anybody put him up to this, of if he actually came up with this plan on his own, what influenced him? – *   —jim w— }

-Analysis- John Tory ends Rob Ford’s reign over Toronto   { * – “John Tory has what he wanted, and it would seem the people of the city got what they wanted: a new mayor and a new approach at city hall. But, the race was a lot closer than many predicted.” – Doug Ford lost to John Tory by 6% of the votes. Olivia Chow reportedly suffered, losing votes she would have gotten to the John Tory camp; -too many voters were convinced that a vote for her would ensure a Doug Ford Victory. –  *  —jim w— }

Drone being used to survey damage from alien crab species   {   }

How to make your own wearable technology   {   }

With Olivia Chow’s jaw-dropping loss, can the left ever win back Toronto?   {   }

Budget only buys half the Arctic ships promised, watchdog says    {  }

-Analysis- Can the left ever win back the Toronto mayoralty?    {  }

-Must Watch- Procession and service for Cpl. Nathan Cirillo LIVE    {   }

Caraquet Co-op survives through merger with IGA chain in Quebec   {  }

Gameti, Wrigley RCMP detachments postponed indefinitely   { * “Seven years ago, the RCMP and the territorial government announced they would establish police detachments in two remote N.W.T. communities. Now, it seems there is no plan. The territory’s justice minister, David Ramsay, is blaming the federal government.” *  —djo— }

‘Pocahottie’ Halloween costume offends aboriginal woman { * “A Winnipeg woman says some Halloween costumes being sold in the city are offensive and hurtful to her aboriginal culture, including one outfit that depicts the Disney character Pocahontas in a short, low-cut dress.”  *   —djo— }

Cree leaders in Quebec use social media for campaign against uranium  {  }

Young people from northern Manitoba in Winnipeg learning to lead  {  }

{ The ‘First Nations Page’ is actually called ‘Aboriginal’ on the CBC web site, but some First Nations object to that title, so we renamed it here.  —djo— } 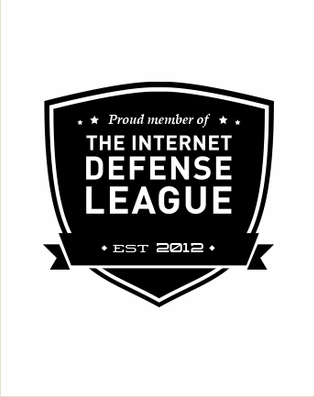 I was born with this irritating need to know what life is all about. I've tested as having an Indigo Aura / might be an Indigo Child. (Trouble Maker?) (Why bother? Trouble knows where to find me... He stops by for coffee regularly-) My First Nation / Native American friends say I have an Owl teaching me to see through lies. They tell me that dishonest people are afraid of me, because they know I can see through their b.s.

Authors ( Copied from The ArnpriorNews)