Saturday, November 8th, 2014  -( +2°C / 36° F @ 3:15 pm – The sun is shining and there are a large low clouds in odd roundish shapes, connected around corners et cetera, with interesting shades of dar to light grey and a bit of white. I took a couple photos, we’ll get one up here, sooner or later, the weather app says, ‘scattered clouds’ but these don’t look scattered to me. )- It’s my friend since High School’s birthday, Walter C. 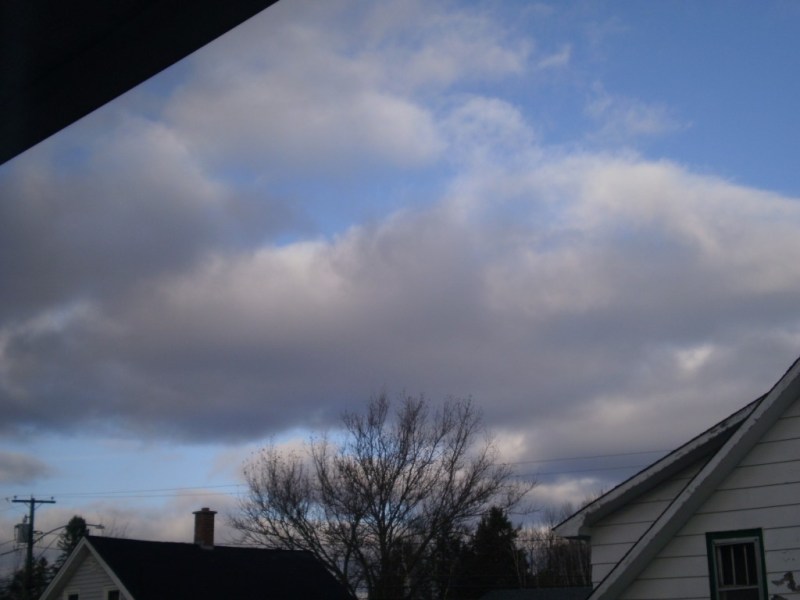 I wouldn’t call these clouds, “Scattered”. 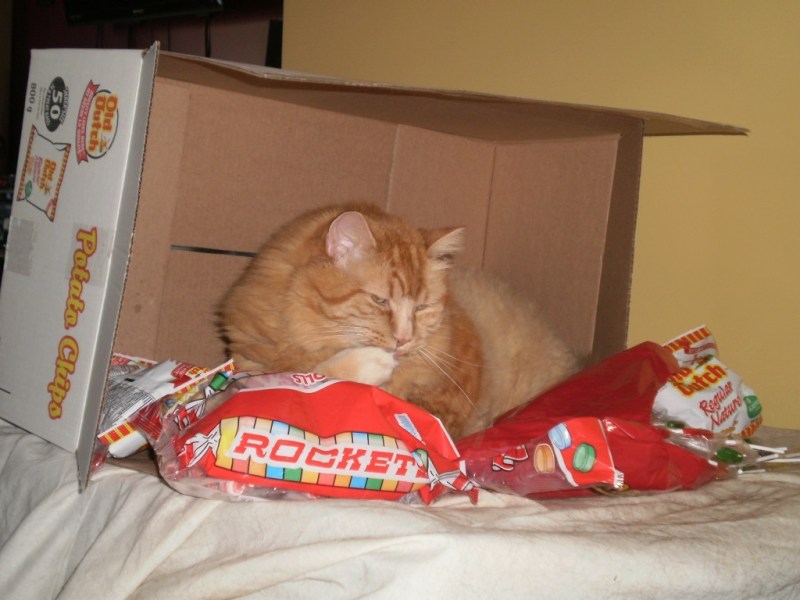 Sleep: Duh- I fell asleep watching House Hunters international or something like that and might have slept fifteen minutes to half an hour. This was before ten thirty pm yesterday. They it must have been seven am when I rolled into bed this morning, I got up and fed the animals around eleven and went back to bed, and slipped in and out of dreamland until 3 pm. Cathi went to bed after I did and got up before me. I thought I heard her calling me and rose from a dream I was having to find that she had gone somewhere and taken the van.

Dreams: Yup- Many- All I remember at this point is that I was talking and/or interacting with several people, maybe several groups of people. And I felt like I was learning something.

Health: I have a head ache, back ache, body aches. I have that, “I need coffee” sense that caffeine may make it a little better.

NaBlo: Here we are, Day 8. I could see where today could have been a day where a change in momentum might not have good for ‘discipline’ here.

Astrology: The month began in the midst of a Mercury Retrograde Cycle. Many writers who don’t sneer at astrology completely will recognize this as not a good time to start anything. When Mercury goes direct Anything you started while it was retro is very likely to stop. I tried to outsmart that probability by not beginning a brand new venture, a whole brand new blog, but picked up and continued one that had already been started earlier this year, thinking it would be a little bit easier to continue on with that. The same with the NaNoWriMo story. It’s a prequel to something else, I’m trying to make it stand alone, but I also started this prequel a month before Mercury went retro and began the NaNo drive fresh, with fifty thousand plus words that followed plot lines before the NaNo on hold, waiting to be edited and merged into the NaNo stuff after the NaNo stuff is finished. I never dove into NaNoWriMo and produced this much so quickly before.

Reality?: Yeah, I have a few worries about financial things and the way things are going.

On The News Front: I think I fully expect somebody to try to bring down the economy of the Western World. I think I believe the Rothschild Banks are behind this, or rather somebody behind the Rothschilds banking system is behind the plot to impoverish the USA and all her allies. Shrug. I think there may be more news on this front before December. I will be surprised if the economies of the US and Canada are doing well before and after New Years. I’ve been pleasantly surprised before, let’s hope that happens again.