*** Tuesday, 01 March, 2016 — Moved this from dot org to dot ca – Will need to get the images from Radio Free Earth News again some time in the near future.

“Below is a compendium of all the photos and other graphics that we felt needed to be included with our daily news blog.” —Doug.

“Most of these were chosen by Doug, if they’re here, I had to go along with his choice, endorse it as being relevant or whatever, this is my blog-” —jda— 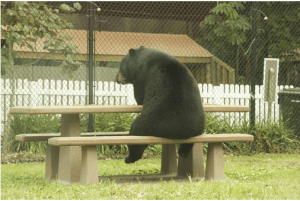 “Don’t talk to me before I’ve had my coffee-“

Links >>—-> The definitive ranking of ridiculous and misleading Conservative names for bills put before Canadian Parliament:

Note: ‘Http.com’ Hijacked the original links we put here for these two links.

Let Us Know if any other links have been effed with, thank you >>——> J.Z.N McCauley’s NaNo Novel

{ 302 new tweets since this time yesterday. Not as light as yesterday in the ‘Tweet-us-sphere’  —djo— }

Bear at picnic table.
Looks like bears are in the news again. 🙂 —djo—
Net Neutrality / Net Freedom
President Obama made a surprising speech defending Net Neutrality yesterday, in effect saying the internet needed to be guarded against unethical providers slowing down service to some customers and charging more than they need to for some services ‘just because they can’. —djo—
Military Vehicle for Police?
This, from David Icke, was retweeted by Alex Jones. shortly after FFTF tweeted a poster celebrating at least a partial victory over those who want to control the internet, overcharge because they think they can, and limit internet freedom because they want to.
Spirit of Idle No More
A different kind of ‘Remembrance Day Message’ = ‘Stop letting people get away with abusing and murdering First Nations Women!’
Recent earthquakes in Alberta linked to fracking: study  {  }

Lead Articles: Today’s Theme?: “I wish they call it a ‘veterans’ memorial’ not a war memorial- sounds like they want to glorify war, not pay tribute for those who fought and died to protect our freedoms and prosperity.” —  { -jda-‘s NaBloPoMo entry is #1066. Jim’s NaNoWriMo Novel hads gone over 48,500 words. }

11 steps to fascism
“11 steps to Fascism” I forgot where this came from. bad me.  —djo—
encrypt things
“Encrypt Things”
Net neutrality tweet
@ Retweeted: @guardiantech by @fightfortheftr
Cartoon
Harper’s Approach to Climate Change
Orwell on war
“George Orwell Quote” = “If you draw your sword, you’ve been bought and sold by the dark side.” -djo-

quote
“Conspiracy Watch” was busy last week. This is one of a dozen similar quotes they posted. I’m not sure whether this was the original word for word phrase that may have been edited since Ben Franklin uttered it, or not. Wouldnt it be weird if we learned that many nuggets of wisdom we cherish were uttered in a drunken stupor? -djo-
{ – “Oh, Dang! There’s just too many good and topical tweets this morning. If we post them all here, we’ll never get to our Daily Schnarr-Fest.” –  —djo— }

FFTF Nov 2014
“Call out the instigators, because there’s something in the air-” NEVER Surrender! —djo—

{ “Any politician, police, military, or would be authoritarian of any stripe, who would capitalize on an event like yesterday’s in Ottawa: clearly does not deserve any respect at all, let alone the authority they demand.” — douglas j otterson }

{ Here’s a quote for you, not about yesterday and Ottawa but the philosophy applies: “The critical studies about #Ferguson in a decade will be fascinating. Because we are building this plane as we fly.” —deray mckesson }

French Cartoon.
“What can one do to reduce the fear of terrorism?” / “Click!”

{ “On the shore dimly seen through the mists of the deep,
Where the foe’s haughty host in dread silence reposes,
What is that which the breeze, o’er the towering steep,
As it fitfully blows, half conceals, half discloses?
Now it catches the gleam of the morning’s first beam,
In full glory reflected now shines in the stream:
‘Tis the star-spangled banner, O! long may it wave
O’er the land of the free and the home of the brave.”

Fracking linked to Alberta earthquakes, study indicates  { * – Carmen Langer had just left his bed to grab a drink of water when he felt his house northeast of Peace River, Alta., begin to shake. – “At first I thought I wasn’t feeling very good that day… and it was just my blood sugar, but no, it shook pretty good,” Langer said about the Nov. 2 incident.

Power restored after 4.3-magnitude earthquake hits western Alberta
Earthquake hazard linked with deep well injection in Alberta
Alberta researchers to listen for fracking quakes
– Moments after the shaking stopped, his neighbours were calling, asking if he had felt what they just felt. – “After a few minutes, I realized it was an earthquake,” Langer said. – There was a small earthquake on Nov. 2 in Peace River, just northeast of Peace River. The recently published study involving Alberta researcher Jeff Gu indicates fracking may trigger earthquakes in the province.  – Natural Resources Canada (NRC) registered a small, 3.0-magnitude earthquake that was “lightly felt” from Three Creeks to St. Isidor in northern Alberta at 11:14 p.m. MT. NRC said on its website there were no reports of damage, and that “none would be expected.” – Jeff Gu, a seismologist at the University of Alberta, said the earthquake could have been caused by shifting rock formations in the region — but added there could be another possible explanation. – “Certainly that region is not immune to earthquake faulting, but I would say having actual earthquakes in that area is relatively recent, relatively new,” he said. – Gu is one of three authors of a recently published study in the Journal of Geophysical Research, a peer-reviewed publication that looked at four years of earthquake data around Rocky Mountain House. The study concludes that waste-water injection into the ground is highly correlated with spikes in earthquake activity in the area. – It is the first study of its kind conducted in Canada that links industrial activity to induced earthquakes. – “The conclusion was that the industrial activities could, in some cases, potentially trigger or facilitate earthquake occurrences,” Gu said. – Alberta earthquakes increasing – Since 1985, fewer than 15 earthquakes above a 3.0 magnitude have been recorded anywhere in Alberta, according to the Alberta Geological Survey’s website. There has been an increase in earthquake activity since the 1960s, the organization says. – The Peace River earthquake is not the only one that has shaken the province in the past few months:

In October, a 2.7-magnitude quake was recorded about four kilometres southwest of Banff.
In August, a 4.3-magnitude earthquake was registered near Rocky Mountain House, causing about 500 customers in the area to lose power for several hours.
– Gu said the research into whether waste-water induction and fracking are related to earthquakes is still “really a work in progress.” –  “There has been more and more evidence, increasing evidence, in the last few years in particular — in Arkansas, in Texas and actually more recently here,” Gu said. – But he said there is nothing to fear right now. – “I’m not worried until we get a conclusive answer on whether these are caused by industry or not, whether they are naturally occurring,” Gu said. – Langer, however, is worried. – “With all the stuff that’s going on in my community, I’m feeling quite concerned about it,” he said. “We’re having all kinds of environmental problems in the community… Something has to give here.” – *  —djo—   }