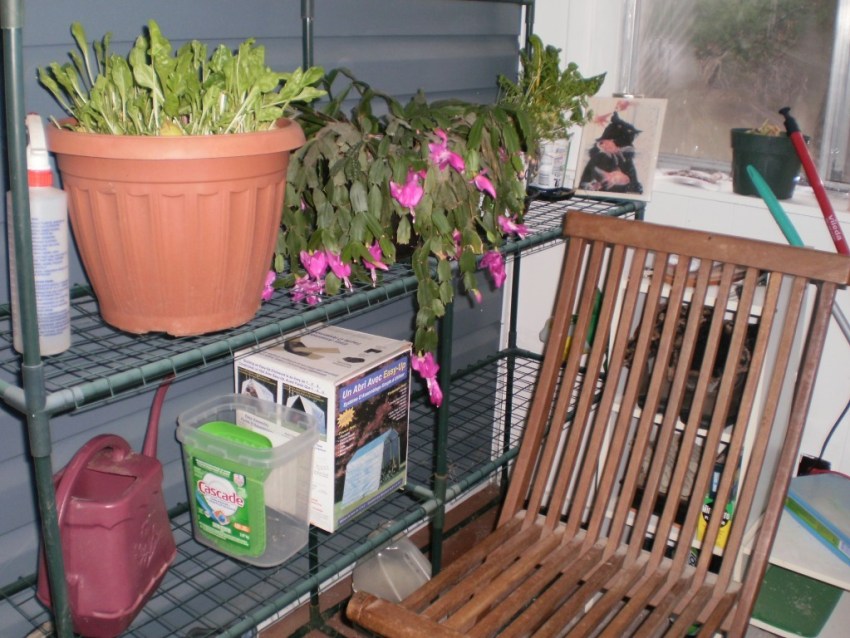 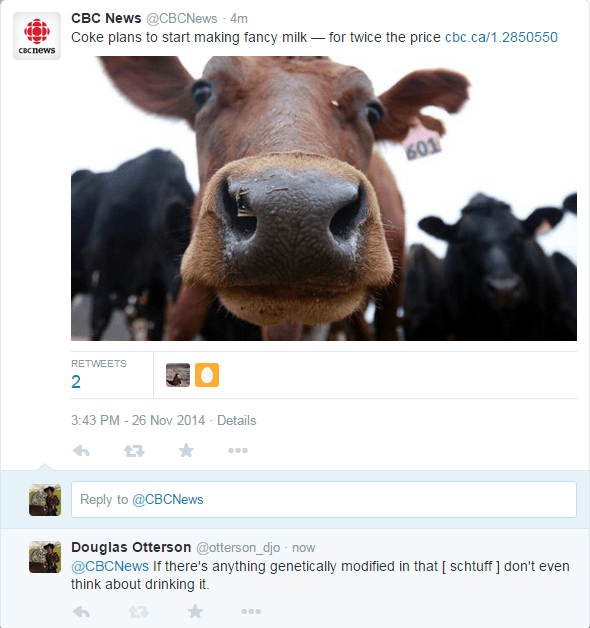 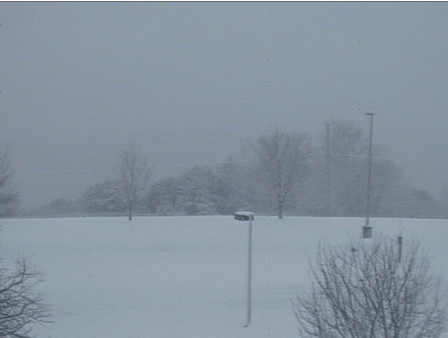 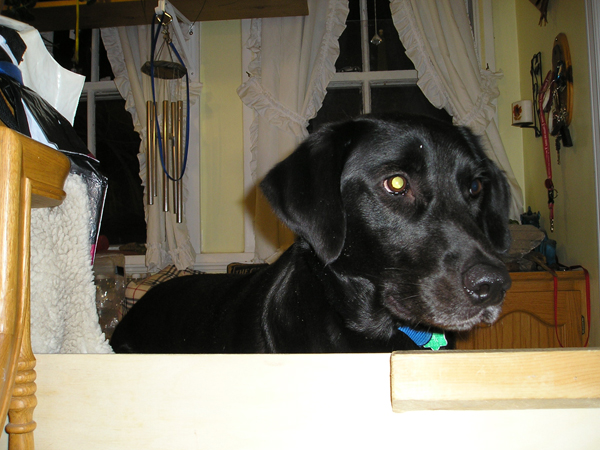 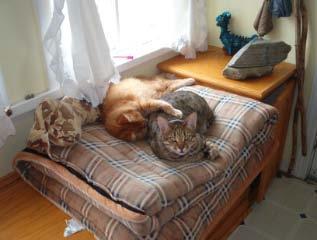 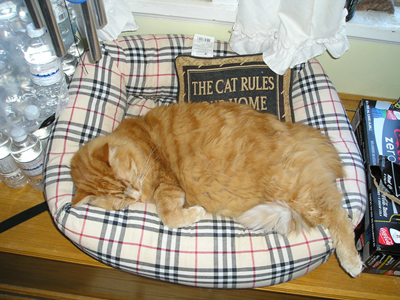 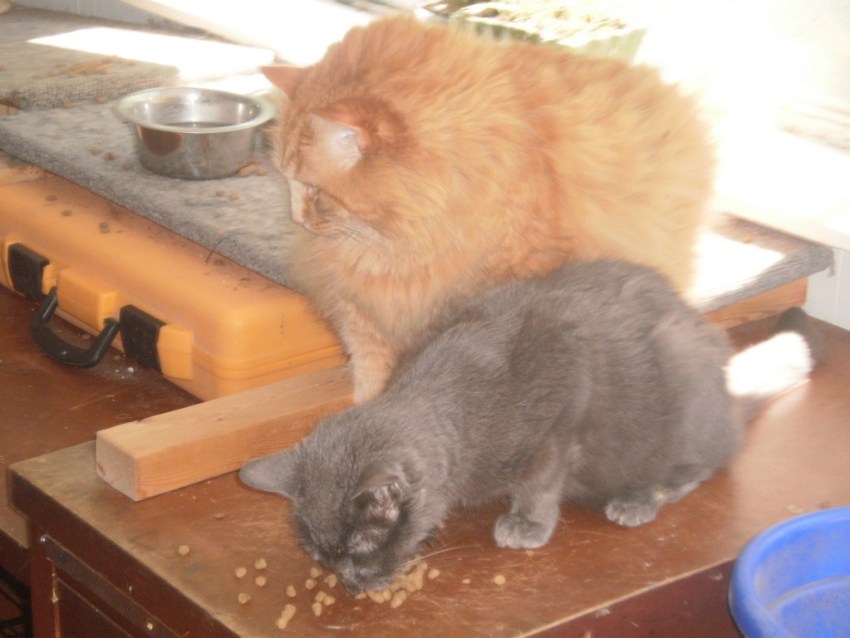 A comparatively small grey fussbudget of a cat gave up his body and strutted proudly off into the clouds, ectoplasmic tail in the air, ready to bat at anything and any body who got in his way or came between him and his food – early this morning. We think Max was a British Gray Shorthair.

My stepdaughter first saw him in a cage in a Kanata pet store where the local shelter in Ottawa had cats on display with their stories, and when she read that he was older and realized that nobody might want him because of that, her heart was touched and she had to have him.

He was not the easiest cat to get along with. He would often try to ambush anybody coming up the stairs in our just-west-of-the-Ottawa-city-limits home in Ontario. Even when he was on his best behavior, he might let you pet him for a while and then decide he’d had enough of you and take a swipe at you with his sharp little claws, acting like he meant to slash and draw blood.

A few things changed when we moved to New Brunswick. Instead of Max hiding from Domino, our alpha Bengal Cat- Domino ended up hiding from Max. Max continued to strut around and tried to invade Domino’s territory several times. We broke up minor cat fights every now and then.

About six months ago, Max had a scratch on one paw that became infected and we got him antibiotics and ‘stuff’ to paint his paw with until it healed. The first round of ‘stuff’ didn’t quite do the trick so we tried a second kind of ‘stuff’ and that did work. But the antibiotics had a side effect and Max began leaving puddles of diarrhea here and there, in ‘interesting’ places, like covering electrical cords behind the credenza that houses our stereo stuff, on the cord to the modem we depend on for our fibre optic internet and ‘cable teevee’ connection. He lost some weight. He became more voraciously hungry than before, less patient while waiting for us mere humans to get his food out of the can and into his bowl. He would often abandon his bowl, jump down, run to the porch, jump up and push Moe, -the sweetheart of an orange tabby ‘cat and a half’ 24 pounder- away from Moe’s bowl of food, gobble up all of Moe’s food and run back to his and gobble that as quickly as possible. He spent a lot of the last few months with bits cat food all over his face and head until we could get him to allow us to clean that up.

And he continued to lose weight. He was little more than skin and bones last night, lying on his side, struggling in vein to get up and get out of the box we gave him to lie comfortably in. His eyes had already glazed over.

My stepdaughter was here for a visit yesterday, Cathi said it seemed to her like Max just hung on long enough to say goodbye to her and then rapidly went downhill. Cathi saw and recognized the symptoms of a cat preparing to jump into his next life and pronounced that before I saw it coming. But when it was obvious to me, I lost it. After my step daugter had gone home, I all but fell onto Cathi’s shoulder and cried like a baby.

Several strange messages came through. As Max was lying on his side, expiring, and I was in the bathroom, just sitting there, I received this image of Max lying on his side with a golden stream of smoke rising up from his heart as a thin vertical line and then blossoming into spirit cat-ness above him. AS I cried my eyes out and asked his guardian angel if there was anything we can do to make it easier and let him know he’s been loved, no matter how mean and feisty he ever got, I felt the message, “You taught me kindness.” and yeah, now that I thought about it, in the last few months he was a whole lot less ready to tear a strip off anybody within reach, he actually purred when I pet him, and right away, didn’t wait a couple long moments and then begin to purr in spite of himself. I went out and pet him lightly where he was lying in his box, staring at nothing, and got the same kind of message, “Soon I will see my mother again.”

I’m a basket case. I can’t see through the tears. I don’t know whether I should carry Domino up to where Max’s empty shell lies and let Domino say goodbye or what.

And I better end this here before I can’t see what I’m typing.