The Debate Over Resource Jobs –

— Tonight, I heard a radio interview with a former NDP (New Democratic Party of Canada) Premier (I believe) of a western province who is now hyping the idea that we have to exploit shale gas, oil sands, and other ‘fossil fuels’ and natural resources in order to improve the economy, even if a bunch of “tree hugging hippies” and First Nations people are trying to warn everybody that the destructive mining, butchering forests for oil sands and poisoning ground water*  hurts everybody, destroys a whole lot more that it’s worth, and is just plain a bad idea. ( Implied by this idiot =  We need to Frak the bleep out of our water supply, poison anybody who gets in the way of progress and to hell with First Nations’ Rights or we’re all going to be unemployed, starving, wretched fools.) (Let me tell you, the top 1% of the money grubbing ‘rich’ already plan to see you starving, unemployed, a slave to their slightest whims, ready to lick their boots and/or private parts- to feed your children or even yourself.) 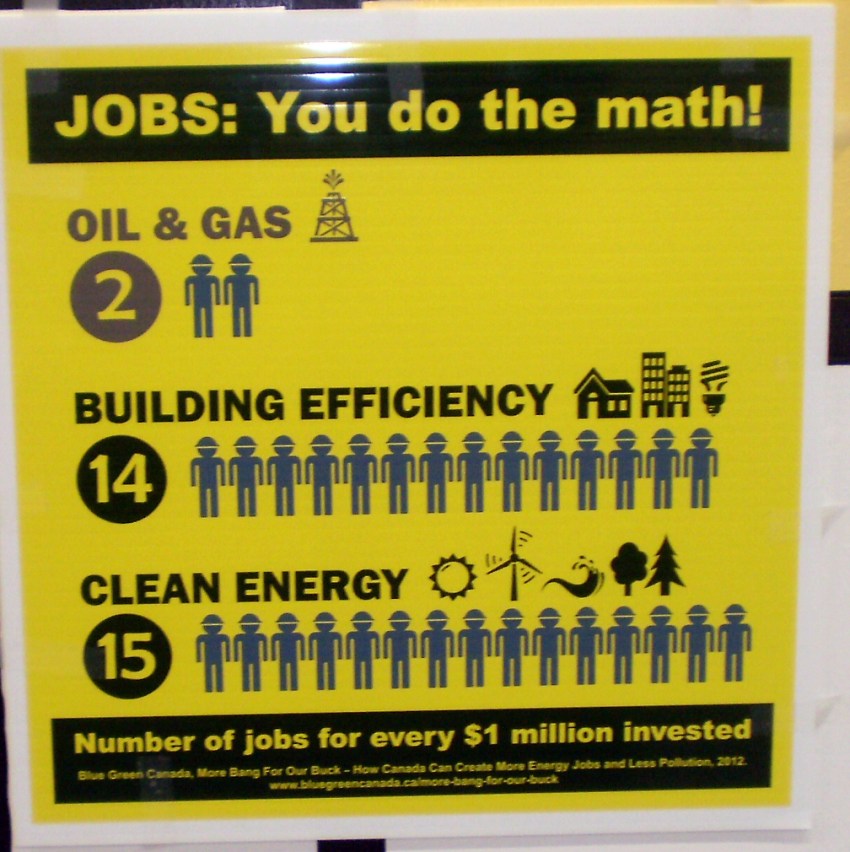 This sign was posted at the counter of a grilled cheese kiosk in the northside market.

I’m thinking the only economy that might be helped by wrecking the planet (poisoning the water supply, grabbing all the oil, natural gas and other resources, while engineering b.s. belt tightening propaganda) would be the economy of the richest asshole oil and gas tycoons.

(* poisoning ground water : You’ve probably seen the video of tap water bursting into flames. You probably have not heard the scientific evidence that after an area has been “Frakked” it’s only a matter of time before the so called ‘safeguards’ against poisoned, flammable gasses getting into your drinking water rust and fail.)

((( passing the soap box to anybody else who wants to stand up and rant. )))