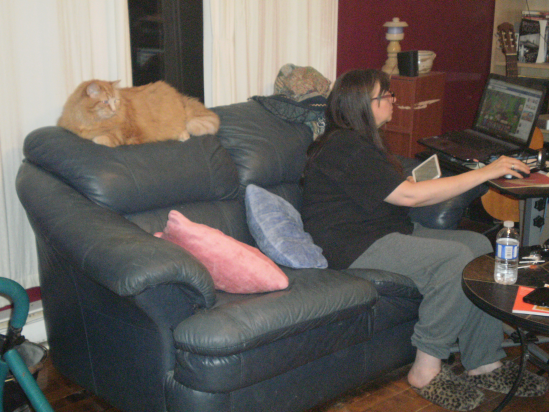 Moe supervising Cathi as she works on her laptop last night – a bit grainy, but it captured the moment well.

The richest guy on earth couldn’t afford to pay the least among us half of what he or she is worth to the mind and soul of the universe.

And the material universe is the smallest of three we can reach from here.

The material universe is the size of a basket compared to the hot air balloon sized Astral, or “Dream” universe – the home of all emotion-

And the Astral universe is again the size of a basket compared to the hot air balloon sized ‘Causal’ or ‘higher mind’ universe.

And we hear rumours that beyond the Causal universe there is something too mind boggling for humans to contemplate, which has been called the vast unmanifest realms of creation. But our senses are too dull, or too gross to be able to appreciate or touch what might be out there, or in there. 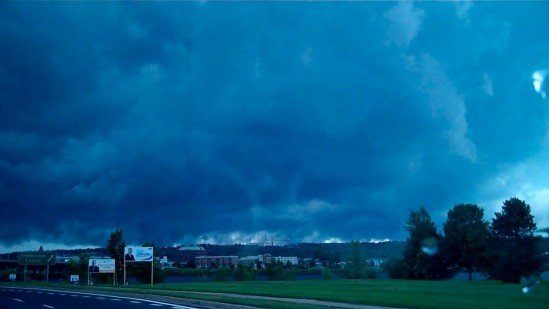 — The powers that be -those who believe they have a claim to power in this world-  Who belieive they own you -believe you owe them more than your life because they ‘allow you’ to exist in an area they believe is under their dominion- Are deluding themselves.

— The power that created you knows better.

— But, be prepared, because there will be moments when all of life appears to be lined up against you, and everything in this world seems to be stripping you of your sanity, your moral rights, your breath, your life itself.

— Don’t give up ( -Even if it appears that George R. R. Martin has killed off Jon Snow because he believes his vision of our reality would be better served if we concede that he knows better than anyone, who, in his imagination, should have the power of life and death over everything and everyone, in a world controlled by his sensibilities and vision of what we should embrace as our entertainment- In his quest to convince the money people that he’s a better story teller than God- )