{ I’ve been doing this because I believe  that the CBC may be more honest and more respectable than Media here in the U.S.A., AND not a lot of people in the U.S. may know that or have access to anyone who might point them toward the CBC & their web site. } 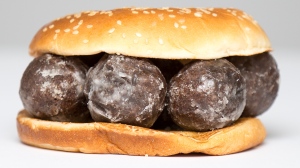 Premiers sit down with aboriginal leaders in P.E.I.   {  }

American who fought alongside extremists killed in Syria   {  }

Freed U.S. journalist thankful for efforts to release him   {  } 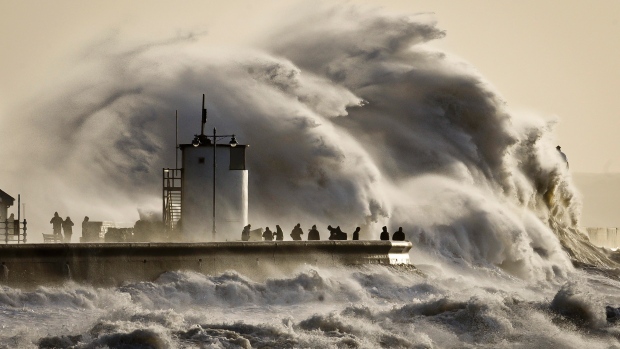 Learn which cities may get NHL expansion teams   {  }

-Analysis- The ‘10,000-hour’ rule revisited: Why practice may not make perfect   { “When author Malcolm Gladwell proposed that practicing a certain task for around 10,000 hours can lead to success, he gave hope [to] wannabe Bill Gateses and Tiger Woodses, and dashed the dreams of millions of slackers. But a new study might give the terminally lazy some hope.” }

Thigh bone on Mars? Curiosity rover snaps strange photo   {  That strange photo has been around for a couple days. CBC must have wanted to check to make sure it wasn’t hoaxed by someone with a little bit of photo shop knowledge. }

Archeologists discover Labrador’s 1st snowmobile   { A Model T Ford was converted to ride through snow on skis for an expedition to Labrador and was abandoned in 1928. } 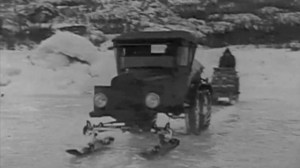 Modified Fort Model T. This may be the vehicle that was recovered by Archeologists.

Spat over reclining seat diverts U.S. airliner   { Security people at airports and aboard planes do not have any sense of humour when it comes to anything like this. }

Royal baby law stands as court dismisses Catholic challenge   { Bryan Teskey of Ontario tried to ask the courts to strike down a rule prohibiting Catholics from ascending to the Throne, arguing that that law violates the charter of rights and privileges. Ontario’s top court told him he can’t challenge a royal succession law that he says discriminates against his religion. }

Arizona gun instructor dead after 9-year-old accidentally shoots him   { The 9-year-old is a girl and she was holding an Uzi. }

Cougar killed after attack on teen hiker in Waterton Park   {  }

Iceland volcano rocked by new quakes, stirring eruption fears   { I believe it was last week when there was a premature report that the eruption had started. }

-Photo Slide Show- Gaza Conflict: Hamas-Israel ceasefire announced   { There are 21 photos you can click to browse through. }

-Analysis- Sex workers not invited to Peter MacKay’s justice roundtables   { The Supreme Court told the Parliament to write new laws governing prostitution. It is not illegal to be a ‘Sex worker’, but they’ve tried to make it illegal for anyone to employ the services of one. Peter MacKay has been criticized for the ‘sexist’ tone of his Mothers’ and Fathers’ Day messages to federal employees and also for his snarky remarks about an ex girlfriend. }

-New- 120 quakes rock Iceland’s rumbling volcano   { If I was there, I would take this a not at all subtle hint that it was time to ‘get out of Dodge’. }

‘The worst thing we can do is stay idle’: Calls mount for missing women inquiry   { “Last night’s CBC Network News channel had two streaming crawl headlines: One was that the Premiers in Prince Edward Island for their conference were talking about this issue, ‘Missing and Murdered [especially First Nations’] Women] & the second crawl immediately following that first one was something to the effect that, ‘Police Chiefs reject Missing Women Inquiry as a Priority’-”  —Jim W— }

-Must Watch- Foam covers military base    { “Fire suppression foam covers Black Hawk helicopters after it was accidentally released during an alarm system test at an Army National Guard base in Oklahoma”  -they almost never include periods at the end of their sentences. }

How the Burger King deal could change Tim Hortons   { “The CEO of Tim Hortons believes this merger might help them ‘crack the U.S. Market and expand into the U.S.A.’ – On the CBC Network News last night the head of Tim Hortons said they would keep all their employees and not change their menu. A very nice woman who works at my nearest Tim Hortons is anxious about what may be coming anyway”  —Jim W—  }

Cameco issues lockout notices at 2 uranium facilities   { Labour-management negotiations are not going well, the Union gave a strike notice for Saturday night. So the company issued a lockout order for the same time, over ‘safety issues’ at a uranium mine and a mill, both in Saskatchewan.  }

Stephen Harper raises spectre of Russian threat in Arctic speech to troops   { *& Loving parents everywhere should warn their children about creeps like Stephen Harper trying to tell them what to think and how to feel about anything during their lives.* —djo*** }

N.L. fossil shows earliest evidence ever of animals with muscles   {   }

Apple reportedly rolling out larger iPads amid sales slump   { Apple has been doing stuff like changing the adapter connections so old adapters don’t fit newer computers in order to boost their sales? I expected better from Apple. }

Neil Young files for divorce after 36 years of marriage  { *I feel sad for both Neil and his partner. 🙁  }

Miley Cyrus’s MTV VMA date wanted by police  { On one hand, I’m not surprised, on the other- it must be tough to be a ‘celebrity’ and never have any privacy at all. }

Nail polish that detects date rape drugs proves controversial   { A group of male undergraduate engineering students developed a nail polish that will change colours when it comes in contact with date rape drugs such as Rohypnol, Xanax and GHB. A woman can discretely stir a drink with her finger and if the nail polish changes colour, she can know better than to drink the stuff. Some anti rape activists think that this actually reinforces the date rape culture and other measures would be a better idea. They believe that the idea that it is okay to take advantage of somebody who is drunk needs to be removed from our cultures. Statistics say that 1 in 5 women going to University or College will be the victim of an attempted or completed sexual assault during her time there. 1 in 17 Canadian women will be attacked sexually at some time in their lives – & there’s a 70% chance the attacker will be someone the woman knows.- —In the 1970’s a study said that 4 out of 5 women in the U.S. Armed Forces were attacked sexually while there. The attitude back then was ‘If they don’t want it rough- why did they join?’ Let’s hope this gets a lot better. }

Brian Gallant defends stance on natural resource jobs   { Brian Gallant is the ‘leader’ of the Liberal Party on the provincial level in New Brunswick. The Liberals want a moratorium on shale gas development [*good*] but do support the Energy East Pipeline, a proposed conversion of the existing 3,000 kilometer natural gas pipeline and adding 1,400 more kilometres to the pipeline to carry crude oil from Alberta to Saint John, New Brunswick. Estimated cost would be $12-billion, and has not yet received regulatory approval. The sitting Premier, Progressive Conservative David Alward, has been mocking Brian Gallant’s stance on the pipeline, saying, “You can’t support the pipeline if you don’t support what’s in it.” *** Perspective: In his book ‘The Energy Non-Crisis‘ by Lindsey Williams -the Baptist Missionary and ‘Honorary Officer’ of the Exxon Corporation reported that, in a speech in Alaska, a top Exxon official told all the corporate supervisors and managers, who were required to be at this top level meeting, and who made sure that  Pastor Williams came along to this meeting because they were told “All Supervisors and Managers must be there” -“There is no oil shortage, there never has been any oil shortage, and with what we know now, there never will be an oil shortage – We are pumping enough Natural gas back into the ground up here [in Alaska] to power the whole East Coast for Free for at least 3 years.” After Pastor Williams began telling people what he’d heard, upper management had the manager who made sure that Pastor Williams was at that speech fired – and he was so happy to be fired that he helped supply Pastor Williams with details for his book. -Read it!- And tell David [bleeping] Alward we don’t need his [bleeping] fracking! *** <—-<< That was my opinion. —djo— }

Role of hospitals must be reviewed, health expert says   {  }

Moncton family’s anti-PC flyers don’t break election rules   { There is a photo with this article on the page devoted to this article. The flyer shows three senior citizens and says “Vote NO to DAVID ALWARD’S Senior Care Policy” the flyer was distributed to 90,000 households last week. According to Elections New Brunswick, it did not violate any campaign finance rules. The photo is credited to “BeingBlocked.com”. }